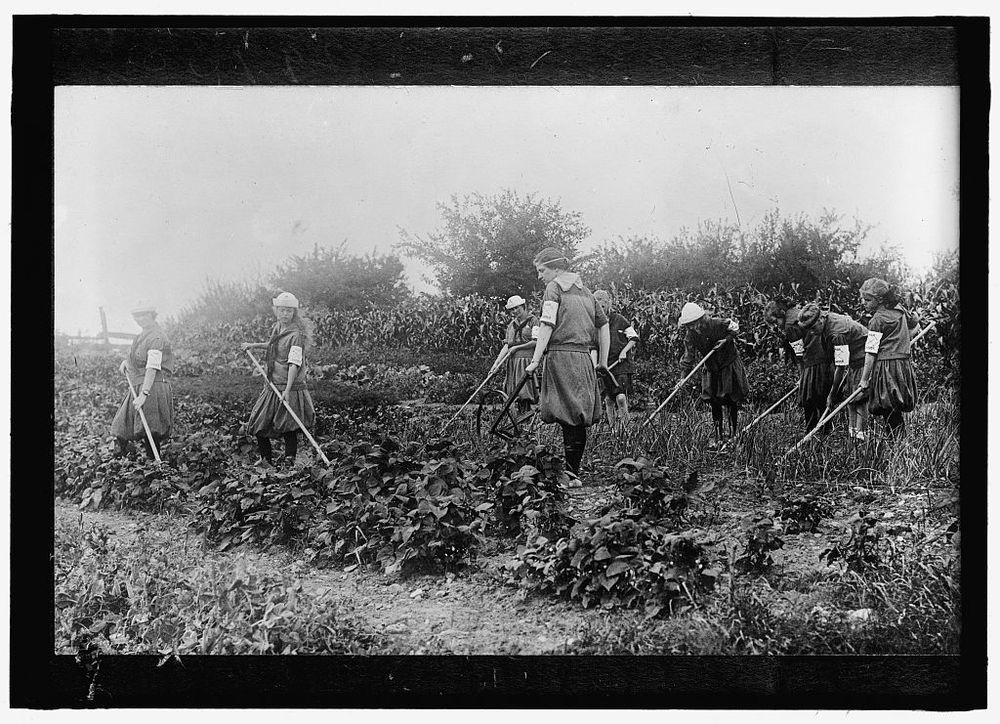 When the United States entered World War I in 1917, a need for food, rather than education, became the primary motivation for cultivating community gardens.  Europe was in the midst of a food shortage. To increase exports, the national War Garden Commission called on citizens to become “soldiers of the soil” by planting “liberty gardens” or “war gardens” to meet some of their domestic need for food. Gardening became a patriotic act. 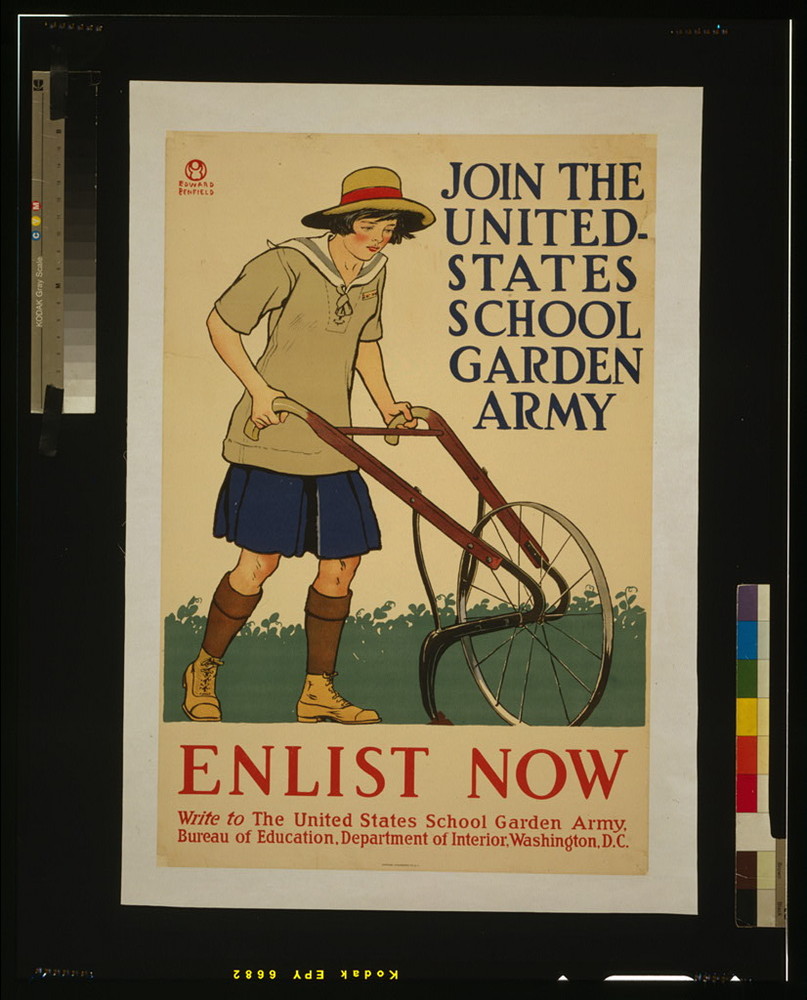 When the United States entered World War I, the Federal Government attempted to build public support for gardening by connecting a patriotic sentiment to the already robust school gardening movement, as this poster from 1918 suggest. Library of Congress.

The War Garden Commission reported there were 3,500,000 war gardens in 1917, which produced some 350 million dollars worth of crops.

Community gardening projects continued after the war. In Detroit, Philadelphia, Baltimore, and other cities, for example, African American residents often participated in civic horticulture campaigns by holding gardening contests to improve the appearance of their neighborhoods, which were often neglected by city leaders because of racial prejudice. 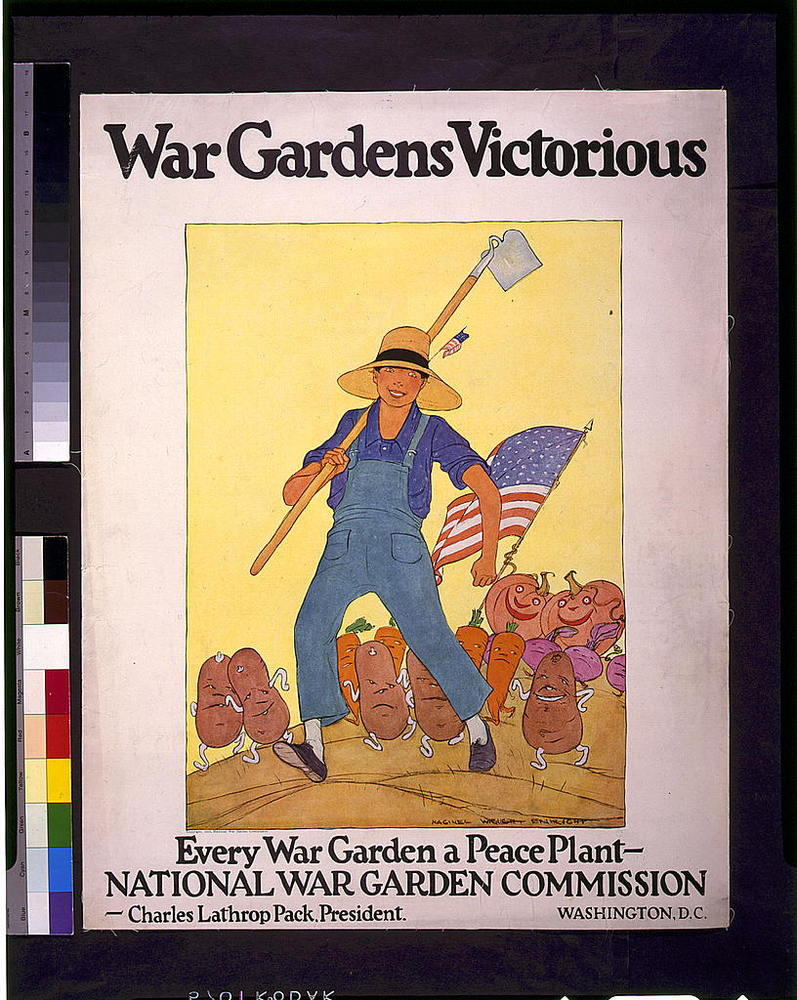 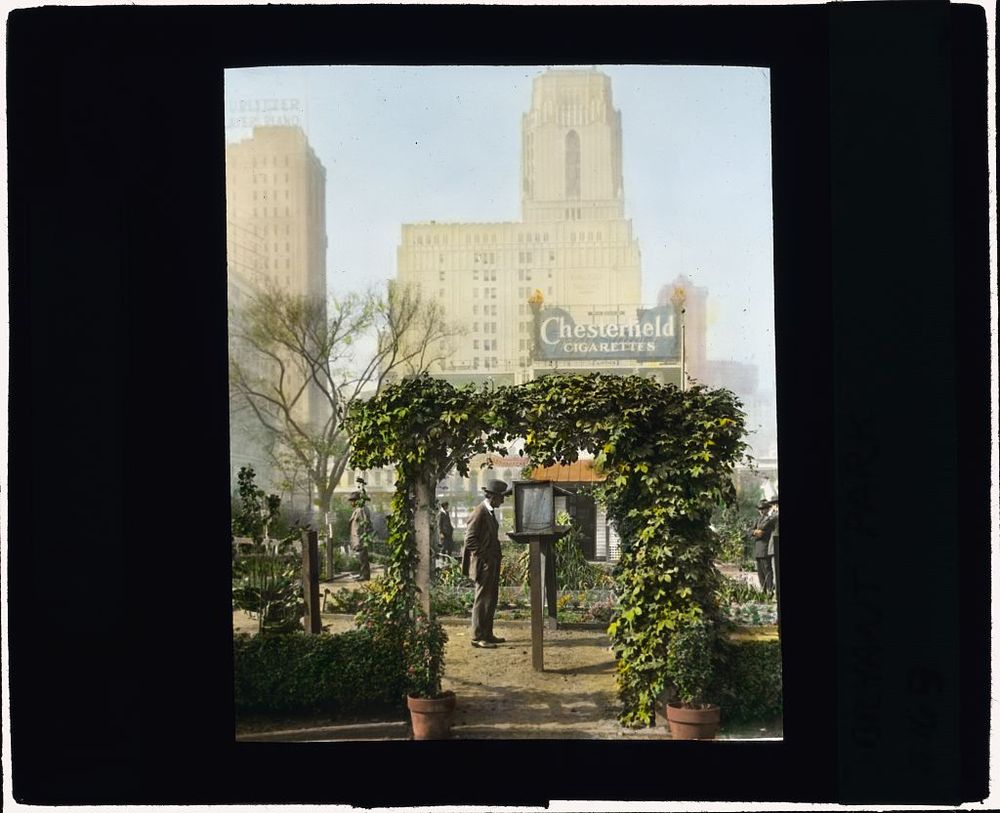