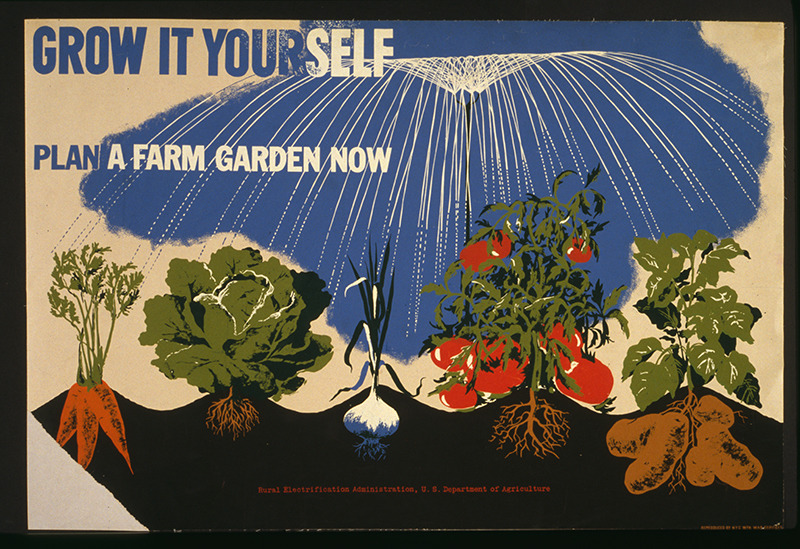 Although skeptical at first, the Federal government came to support Victory Gardening efforts in communities across the country, as seen in this poster from c. 1941-43. Herbert Bayer, artist. Library of Congress.

When the United Sates entered World War II after the attack on Pearl Harbor in 1941, many Americans participated in a grassroots effort began to rekindle the patriotic liberty gardens of WWI.  At first the federal government was skeptical of supporting these efforts like they had before. Officials thought large-scale agriculture was more efficient. However, citing the health, recreational, and morale-boosting effects of gardening, the government again supported a national gardening campaign during World War II.

Reports estimate that by 1944, between 18-20 million families with victory gardens were providing 40 percent of the vegetables in America.

Following the victory gardens of WWII, however, there were fewer community-focused gardening projects. The United States experienced unprecedented suburban growth and many gardeners opted for the privacy of the backyard. 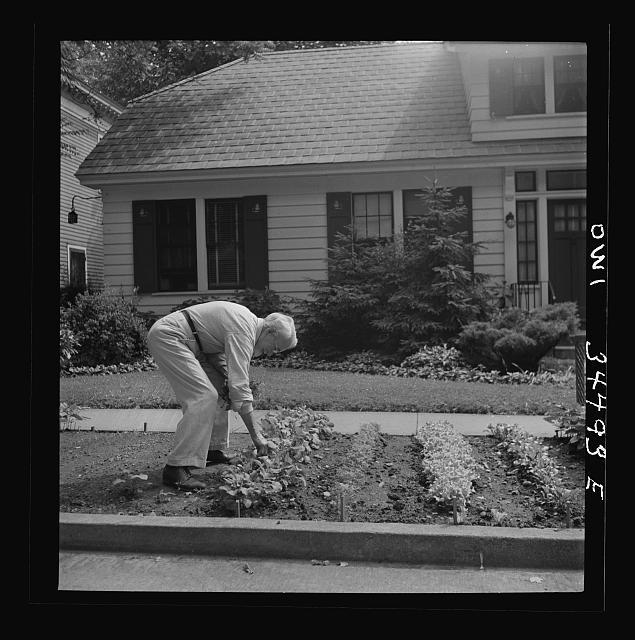 A citizen working on Sunday morning in his Victory Garden, Oswego, New York, 1943. Library of Congress.