The first community gardens in the United States were vacant lot gardens started during the economic recession of the 1890s. Detroit was the first city in the United States to create an extensive municipally sponsored urban gardening program using vacant lots in the city. Mayor Hazen Pingree started the program in response to the economic recession that began in 1893, which left many of the city’s industrial laborers, particularly recent Polish and German immigrants, unemployed and hungry. 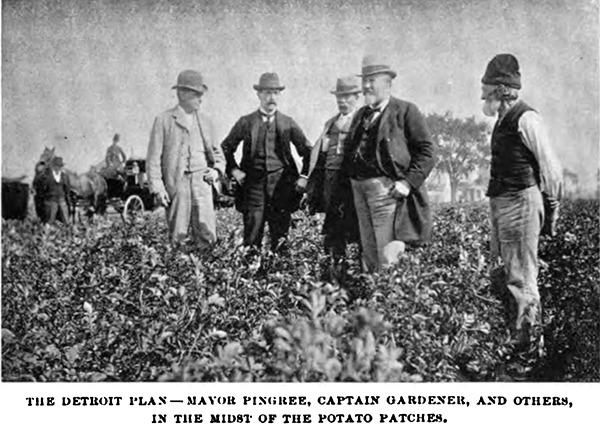 Mayor Pingree (fourth from left) poses for a picture with one of the gardeners (right) in 1896. 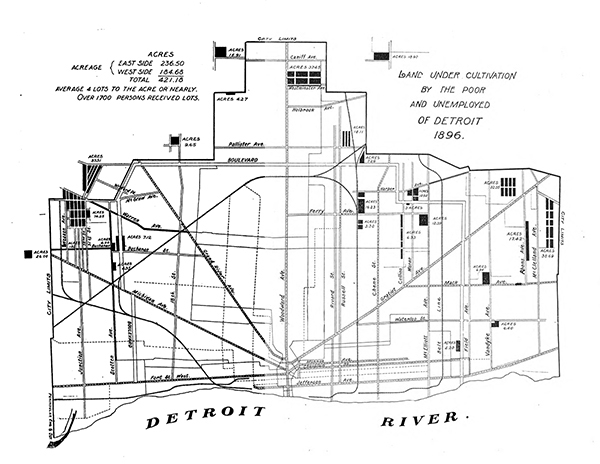 Map depicting the locations of Vacant Lot Gardens in Detroit, 1896.

Known as “Pingree’s Potato Patches,” the program provided unemployed workers with plots of land on vacant city lots, seeds, and tools, and instructions (printed in three languages) on how to cultivate gardens.

While Pingree’s plan could not fulfill all the demand, it was successful in alleviating some of the hunger and poverty in Detroit.  The Detroit Plan was so successful that other cities from Boston to San Francisco developed similar plans.

Participation in Detroit’s vacant lot gardening program, like most, tapered off by 1900 once the economy began to improve. Philadelphia, however, developed a particularly robust program that lasted into the 1920s. 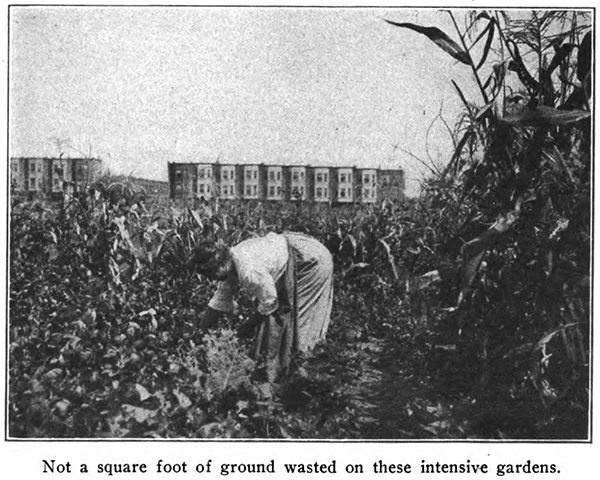 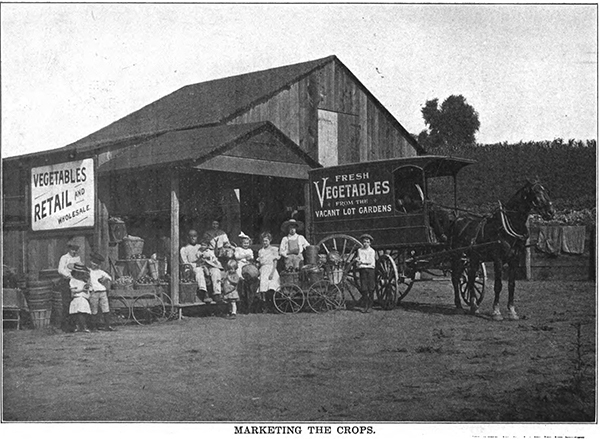